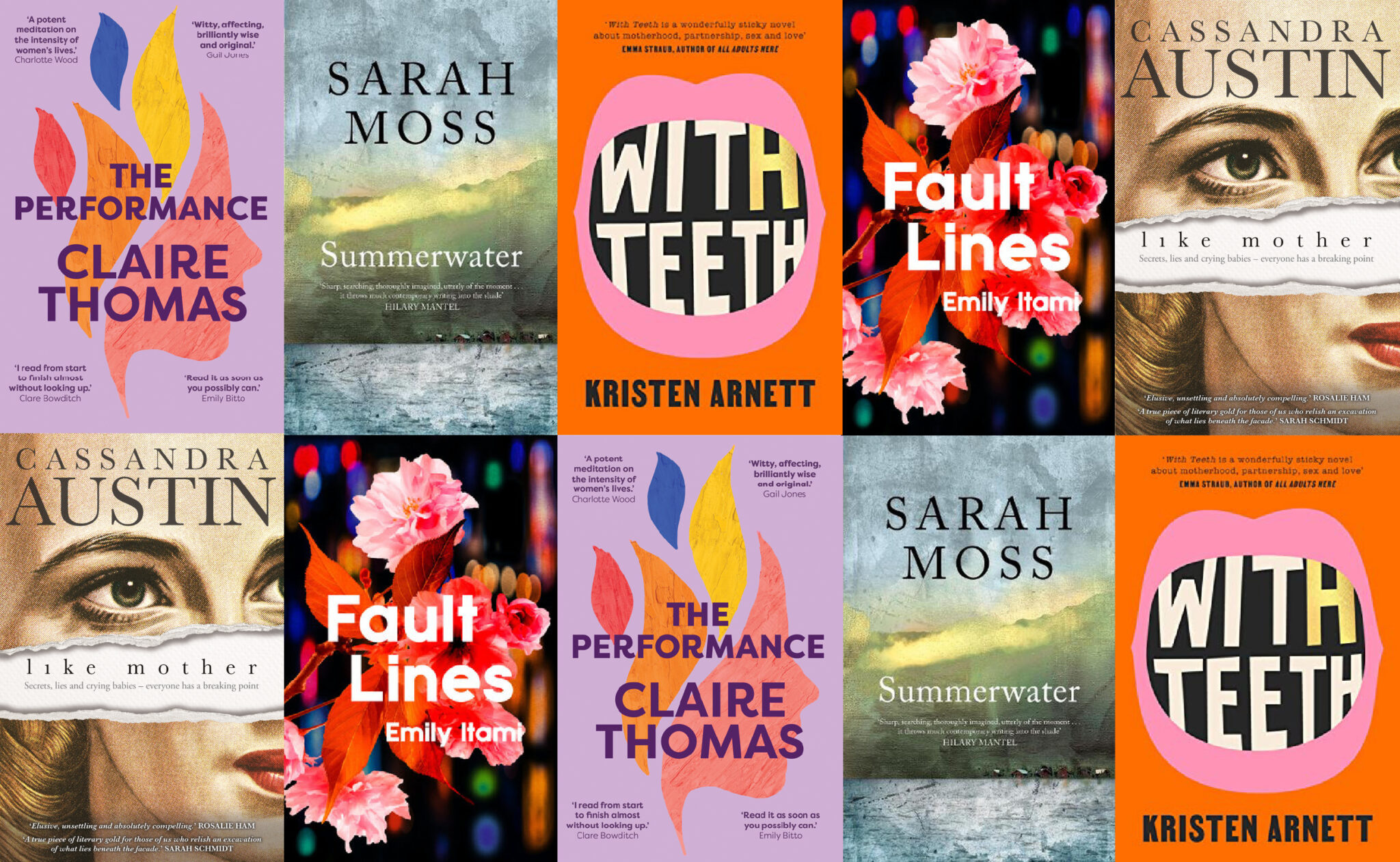 A selection of new literature with themes of motherhood to add to your bedside stack.

Something I love to do is read, and I read a lot! Given that many of the books I’m drawn to are heavily related to motherhood [both the pleasure and pain it can have on a life] I want to share more of the incredible work I’ve found so that you too can experience its goodness.

So here begins the start of something – Loved Lit – a regular sharing of literature. This first selection is all-new release titles, and they’re all excellent! Recommend them for your book club and support your local bookstore, or order them in at the library – enjoy! 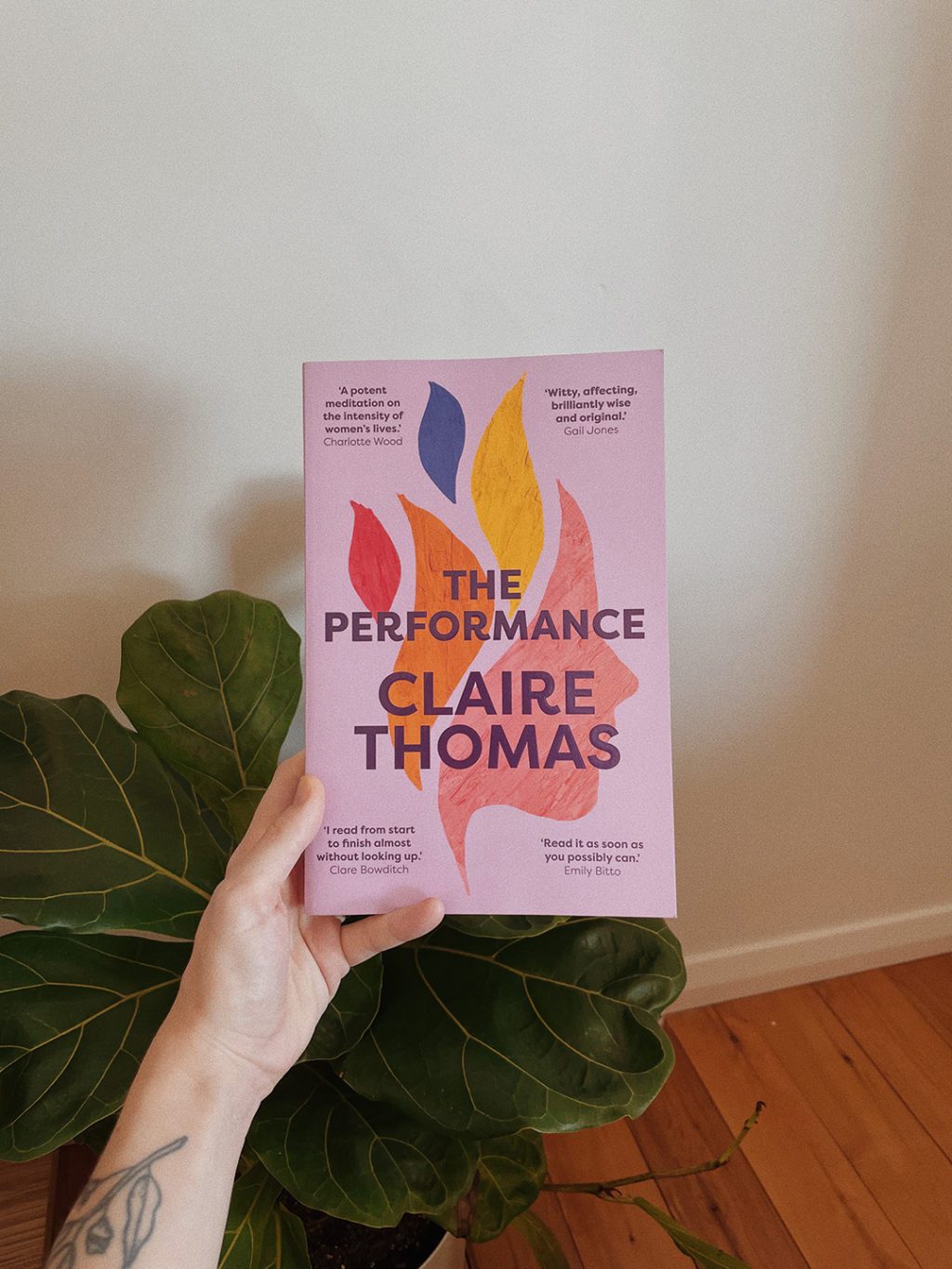 Here lies one of our favourite reads of the year thus far, a wonderfully thoughtful and well-crafted book. The Performance is essentially a character study of 3 women set over a single evening, each tied together through the Beckett play that they’re all experiencing at the theatre that night. Set during peak Australian Summer, we can feel the oppressive heat radiating all around the characters and almost smell the tang from bushfires burning nearby.

This is such an interesting analysis of human thought patterns, questioning how much our mind wanders when we are in situations such as, an audience member at the theatre. We all know what it feels like for our mind to wander and how many tangents our brains can take in such a short period of time.

The characters each have their own internal dialogue about what happens to be troubling them the most on this particular evening. Summer, the youngest of the three, has an immediate concern about her girlfriend who is attempting to reach her family home near the blazing bushfires. Her thoughts then digress on to other major issues like climate change, waste management, pollution, all interconnected and all of which are increasingly concerning issues.

Margot is dealing with marital problems and a partner suffering from Alzheimer’s disease. There are explorations of motherhood, feminism, what it means to be a mother with a career (one of our favourite topics) – the dichotomy between those two choices and how often women from either side don’t see eye to eye.

The third character, Ivy, has experienced child-loss, so this is a heavy exploration of grief along with friendship and motherhood, but it also taps into colonialism and wealth. I absolutely adored the ruminations on Ivy’s toddler, Eddie – reading this with a toddler of a similar age myself I found it super relatable and heartwarming.

Thomas tackles so many important topics here. I just adored this style of writing – the character studies, the exploration of motherhood and the book as a whole. 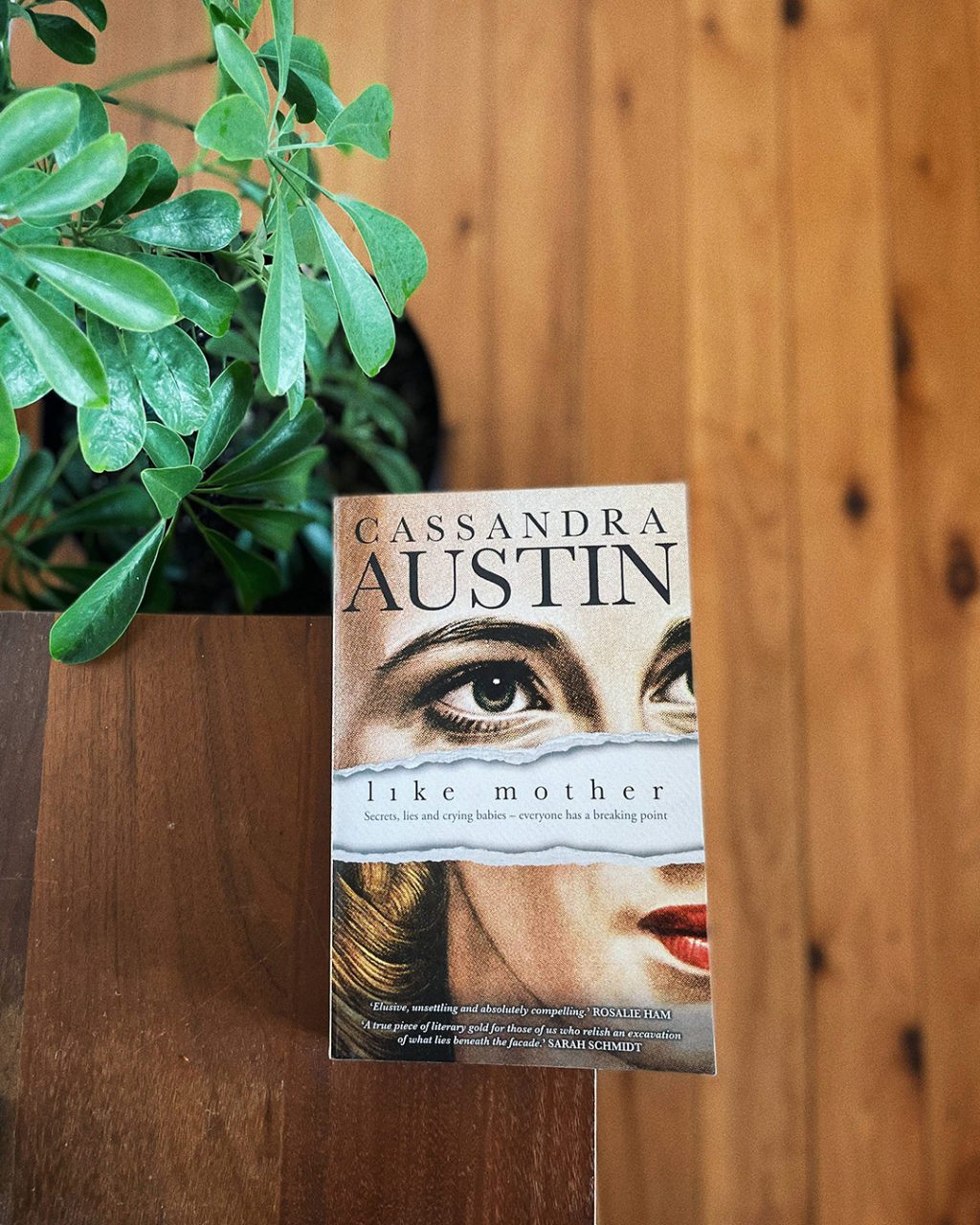 I recently devoured this completely claustrophobic, thrilling Australian mystery rooted in Motherhood. We all know I love Motherhood as a theme, mostly when it’s done in an unconventional way – and this was a great example of that.

Set in the 60’s, this is a book about a new mother from a young newlywed couple, and her unhealthy entanglement with her own mother. Tackling some big mental health issues like Post Traumatic Stress Disorder, Postpartum Depression & Anxiety, Austin also touches on the more universal experience of motherhood: isolation, loneliness, and the great but endless fears around keeping our babies safe.

This is s quick and engaging read, and I highly recommend this to anyone with an interest in the darker side of motherhood. 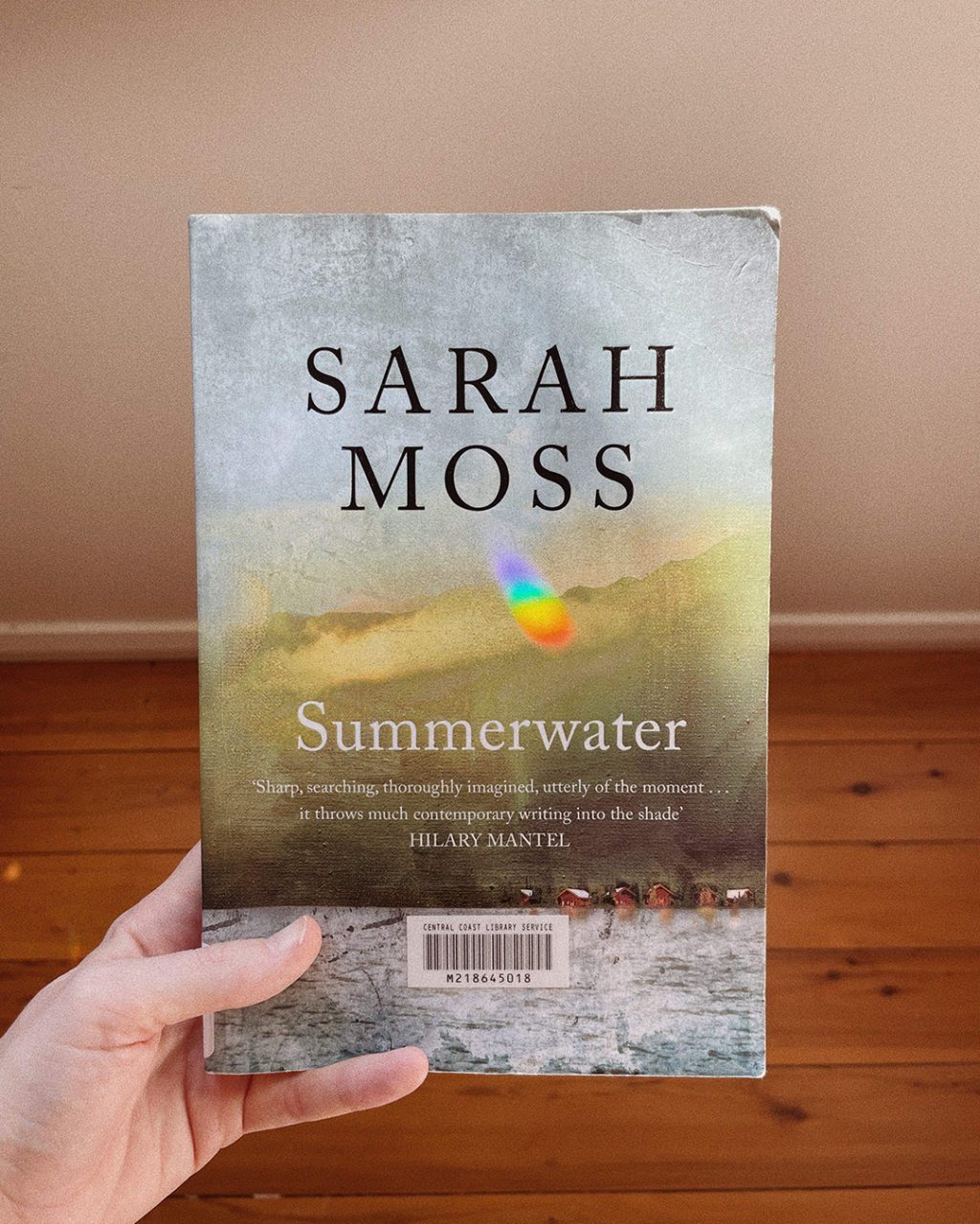 “They won’t always love her this much, she thinks, holding her son, no one else, not even her children’s future selves, will ever be so pleased to see her coming as they are today.”

One of the few books I’ve finished since my baby was born last month. I adored this! I just love Sarah Moss, she is such a brilliant writer and embodies many different characters so well.

One of my favourite things about Moss’s writing is her ability to set a detailed scene. Each of her books is embedded in my brain with such a vivid sense of place, this being no different.

Summerwater is set in a Scotland holiday park and each chapter is told with a new voice, from one of the many families saying in the park, while it rains endlessly on the longest day of summer. Moss does an incredible job of weaving the natural world into that of the characters and what she creates is just all-encompassing – a wonderful rumination on life. I particularly love Moss for her painfully perfect observations of motherhood, which she does wonderfully here.

I recommend this to those who love a literary book with dense character studies, and lots of detail. 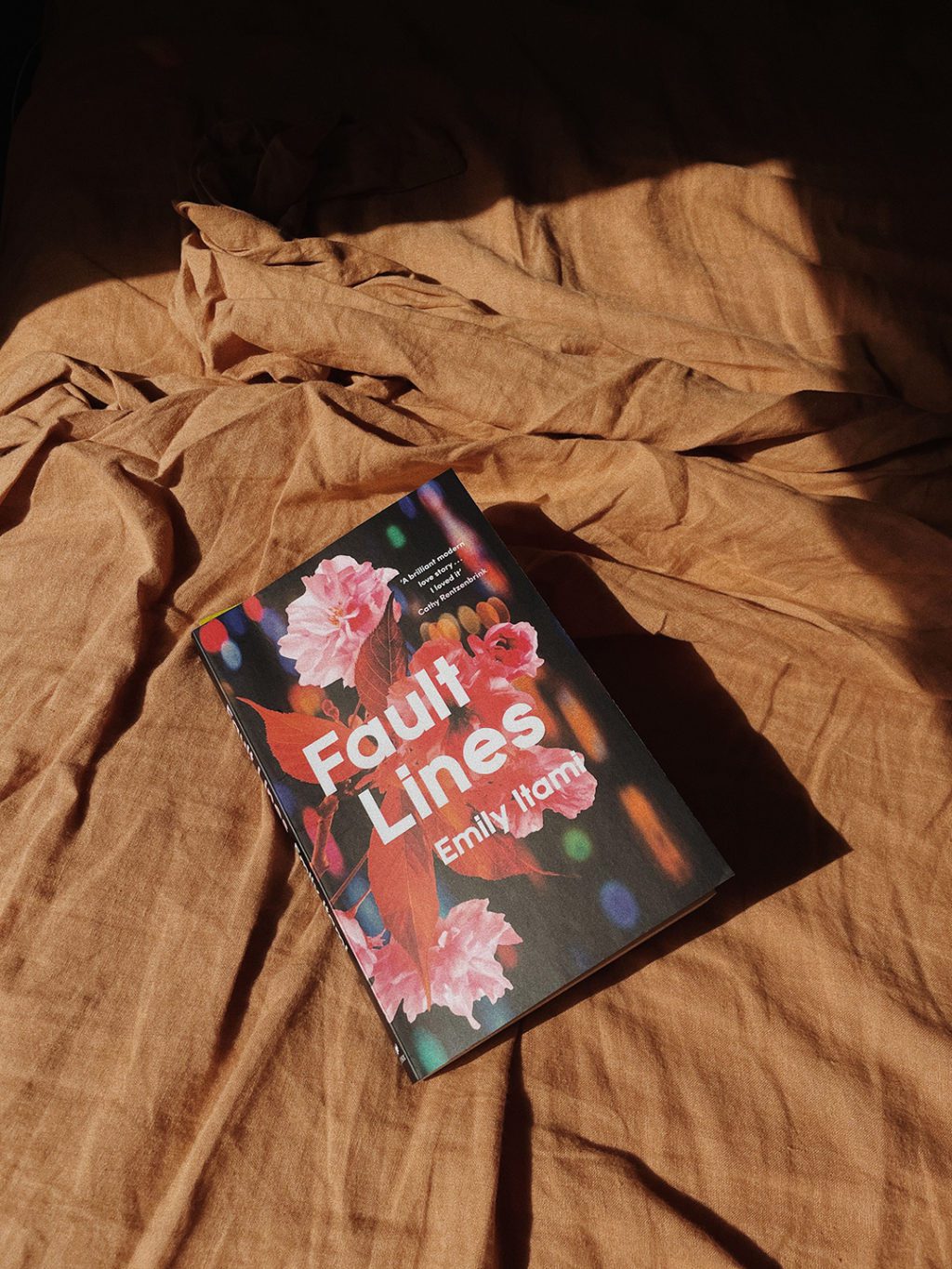 There’s nothing I love more than whim reading a book I barely know anything about, have seen zero reviews for, and finding that I absolutely adore it. This book happens to be one of those delights.

Set in the colourful streets of Tokyo, Fault Lines is an impressive debut tackling motherhood, marriage and identity. Our protagonist, Mizuki, is a Japanese housewife drowning in the enormity of parenthood & the mental load, caring for her two children with a practically absent husband. She isn’t coping, and no one is supporting her (a painfully familiar storyline – this is so many of us).

We follow Mizukis journey to finding autonomy & release in her life, and what becomes is an incredibly captivating story and portrait of a woman finding some sense of identity and ‘self’.

For anyone who relates to the loss of identity throughout motherhood, the strain it can have on a marriage, and anyone who enjoys Japanese culture. 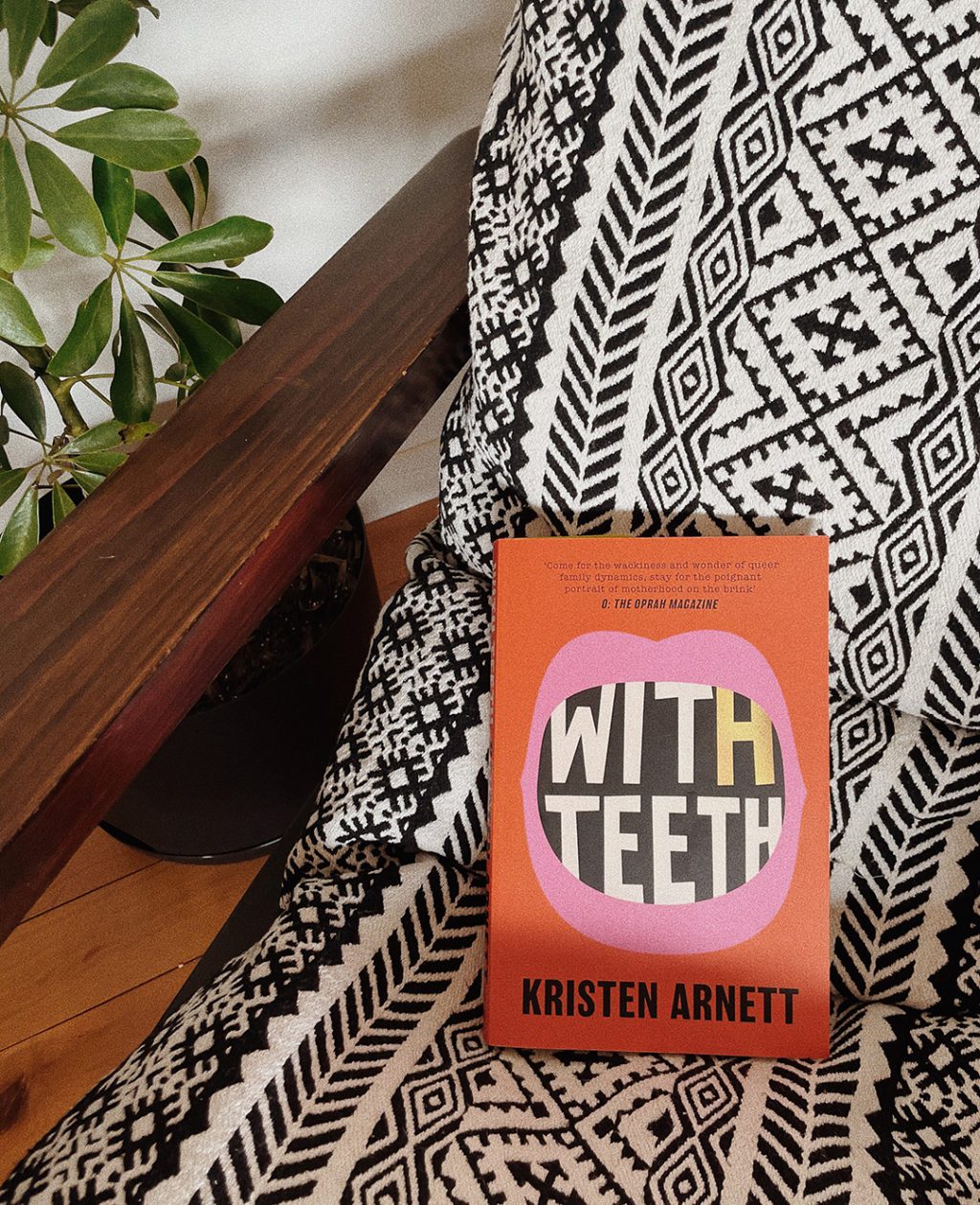 Sammie is ‘a mother on the brink’ – this is a pull quote from the front cover of the book and I honestly couldn’t find a better way to describe her. She’s the birth mother of her son, Samson (named after her, no less) and she has an uncomfortably fraught relationship with him. Sammies Wife, Monika, works a lot and doesn’t do much in the way of housework, parenting or the mental load – so the weight of it falls on Sammie, and it’s truly taking its toll.

This is a skilfully written book about the grittiness of motherhood, the messiness of family dynamics (children open a whole new portal when it comes to relationships), and the unraveling of a queer marriage. The prose is incredibly well crafted, and the story, while it starts off with a bang and seemingly plot heavy, eventually becomes a character study of a mother.

We’re living in the head of our protagonist which can get quite dark and dreary, though I grew to feel super compassionate toward her, this flawed middle-aged mother who is absolutely struggling and ‘on the brink’. Each new chapter is framed with a short vignette about a side character within the story, which I found kept it interesting and worked well as a palate cleanser.

Overall, this is a wild and wacky ride and the perfect new release to get your hands on for pride month. 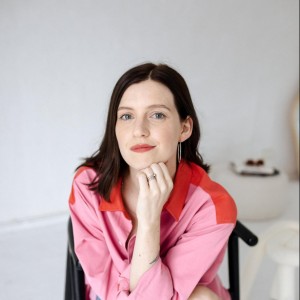 Amy Pearson is the owner + lead designer at Sun Mother Studio, Educator + Mentor at Birth My Business, and the Host of Mother/Other. Alongside all of this, she is a Mother of two.
PrevPrevious20. Reading motherhood 2020
NextRe-birth: Birthing My DaughterNext 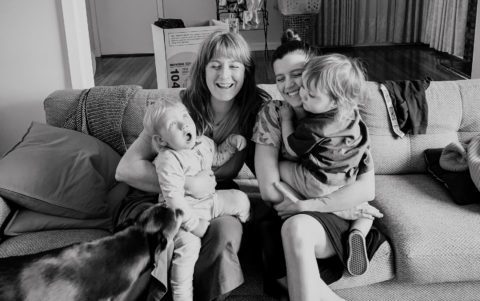 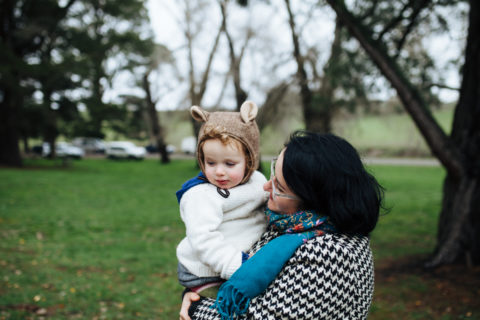 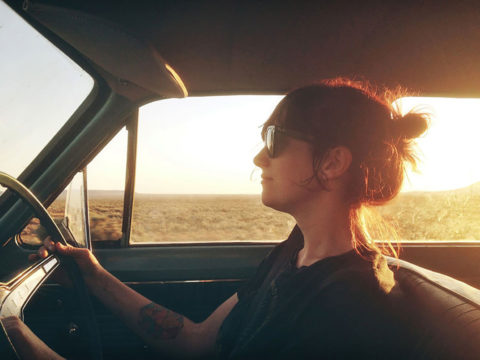 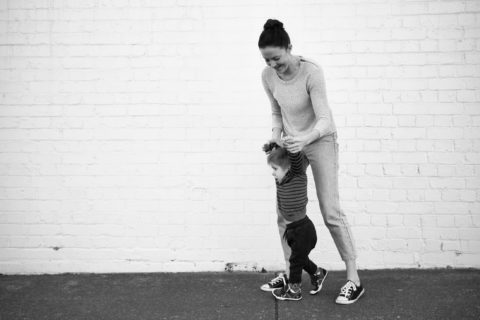 Friends of the podcast 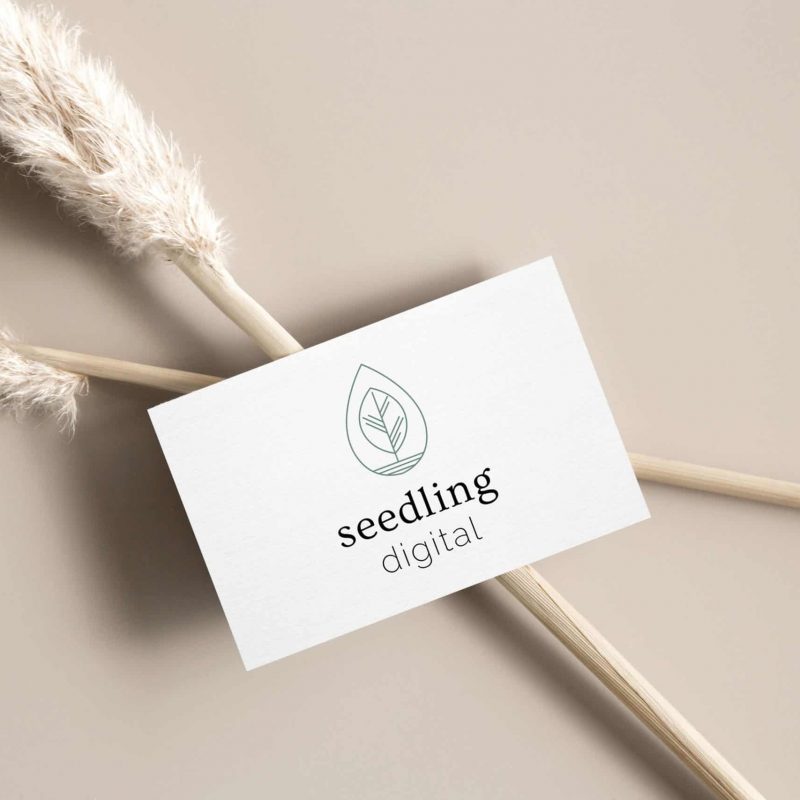 This podcast is recorded & produced on Darkinjung Country.
We pay our respects to the traditional custodians & Mothers of the land on which we work & live.